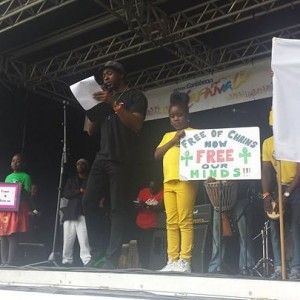 Emancipation Day closing speech at Leicester Carnival, which was followed by the 1 Minute Silence#WeWalkedTheWalk#Historical!!!

EDUK (Emancipation Day UK) is a Leicester based organisation which focuses on:

The organisation is involved in pioneering various projects to raise awareness of the above, not just locally – but on a national and global scale. EDUK8global is the social media presence of EDUK. It hopes to connect thousands of people together to further knowledge about global citizenship and human rights.

Connect with EDUK8global via social media at:

The Freedom Of Our Minds Emancipation Walk 2016

Saturday August 6th 2016 sees the return of the ‘Freedom Of Our Minds’ Emanicaption Walk. Join us on this historic day and walk the walk of freedom. Tickets are priced at £20 and that includes the coach ride, park entry, the Emancipation Warmdown entry, food and a limited edition EDUK t-shirt. Contact me for further information and tickets. 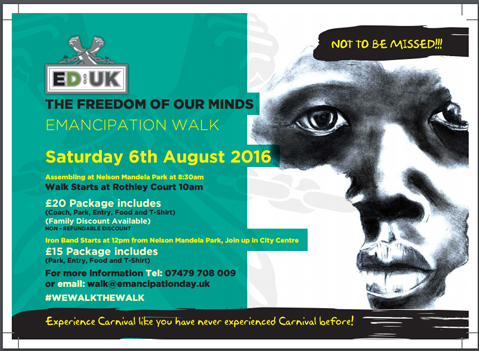 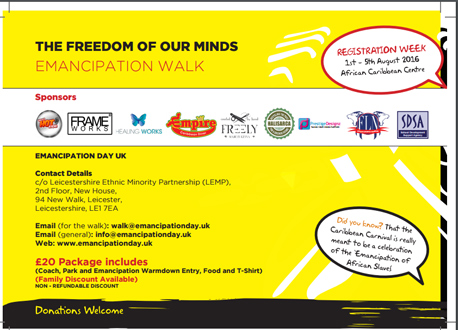 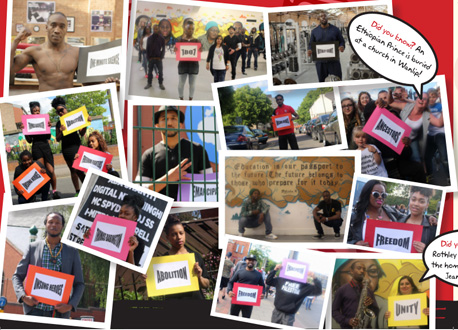 A Look Back – The Freedom Of Our Minds Emancipation Walk 2015

Saturday August 1st 2015 marked the day of the ‘Freedom Of Our Minds’ Emancipation Walk. This event has previously taken place in 2007, 2008 and 2010. However this time the ‘Walk’ itself has been tied into the Leicester Caribbean Carnival. This is where where the walk will ended (on the main stage on Victoria Park). There was commemorative 1 minute silence for the victims, freedom fighters, sung and unsung heroes and heroines. This is something which has never been done before. From 2015 and every year going forward, this pivotal event will take place. The natural progression of this event will take on a national and international stance, moving forward, where we intend to adopt this principal for all Caribbean Carnivals worldwide-  (A 1 minute silence). 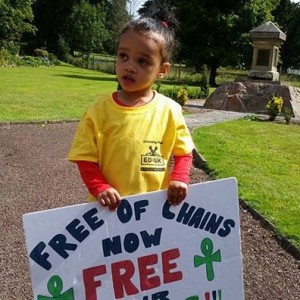 What a great day it was yesterday. Big everybody who was involved in the ‘Emancipation Walk’@eduk8global

The walk was approximately 7 miles and suitable for all. It starts at Rothley Court, where the 1807 Slave Trade Abolition Act was drafted. Regrettably this walk was unsuitable for wheelchair users. However our primary aim is to ensure all individuals are catered, including wheelchair users in the very near future. The ‘Walk’ is a celebration of the achievements of anti-slavery campaigners, an opportunity to have a ‘Walk n Talk’ dialogue and an educational experience for all those who are not aware of Rothley’s links to the Abolition of the Transatlantic Slave Trade.  EDUK will continue to fight for human rights and ultimately be a prominent symbol of cross-cultural community cohesion.

From The Hood 2 Horses